The photograph shows the ruins of Ta Prohm, a beautiful and historic temple located in the Angkor Archaeological Park in Cambodia. In addition to its natural beauty, Ta Prohm has rich cultural and historical significance. It was founded in the late 12th and early 13th centuries as a Mahayana Buddhist monastery and university and is located near the adjacent university of Preah Khan. Ta Prohm was once a thriving and powerful institution. It was originally named Rajavihara, meaning “monastery of the king,” and controlled over 3000 villages, had thousands of support staff, and vast stores of jewels and gold.

One of the most distinctive features of Ta Prohm is its “neglected” appearance. In order to preserve the original atmosphere and photogenic scenery of the temple, only necessary maintenance and repairs are carried out. This has allowed large fig trees to grow among and around the ruins, creating a stunning and dramatic effect.

The temple is known for its “tree-in-temple” photo opportunities and has become a popular destination for tourists and photographers. In fact, the temple was featured as backdrop in the popular movie “Tomb Raider,” further increasing its fame and popularity. 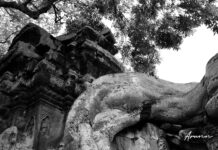 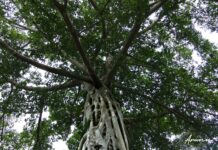 A Tree at Ta Prohm: A Monument to the Past 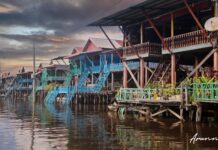 The Kangra Fort – Through the Alleys of History

The Mysterious Stegosaurus of Ta Prohm 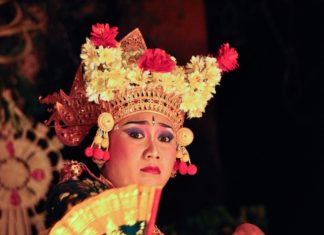 One of the highlights of the Bali trip was the Balinese dance performance, an ancient traditional dance form. I took this shot as the...